A majority of Americans, 56 percent, say the news industry is headed in the wrong direction while 42 percent say it’s heading in the right direction, according to a new report by the Media Insight Project, a joint initiative of the American Press Institute and The Associated Press-NORC Center for Public Affairs Research.

In the age of anonymous sourcing, the survey of more than 2,000 people in the general public found 68 percent say they want journalists to offer more information about the sources or evidence cited in a story.

The survey interviewed 1,127 journalists and found that “Journalists also view the media’s direction more negatively than positively. Sixty-one percent say that the news industry is headed in the wrong direction.”

Republicans are also the most likely to say that Democrats are not accurately portrayed — over a third (35 percent) say the media covers this group inaccurately — more than twice the proportion of Democrats who say so (15 percent). These opinions among Republicans warrant further assessment to reconnect with this audience.”

The survey found that both the general public and journalists believe people who live in rural areas are not covered accurately. 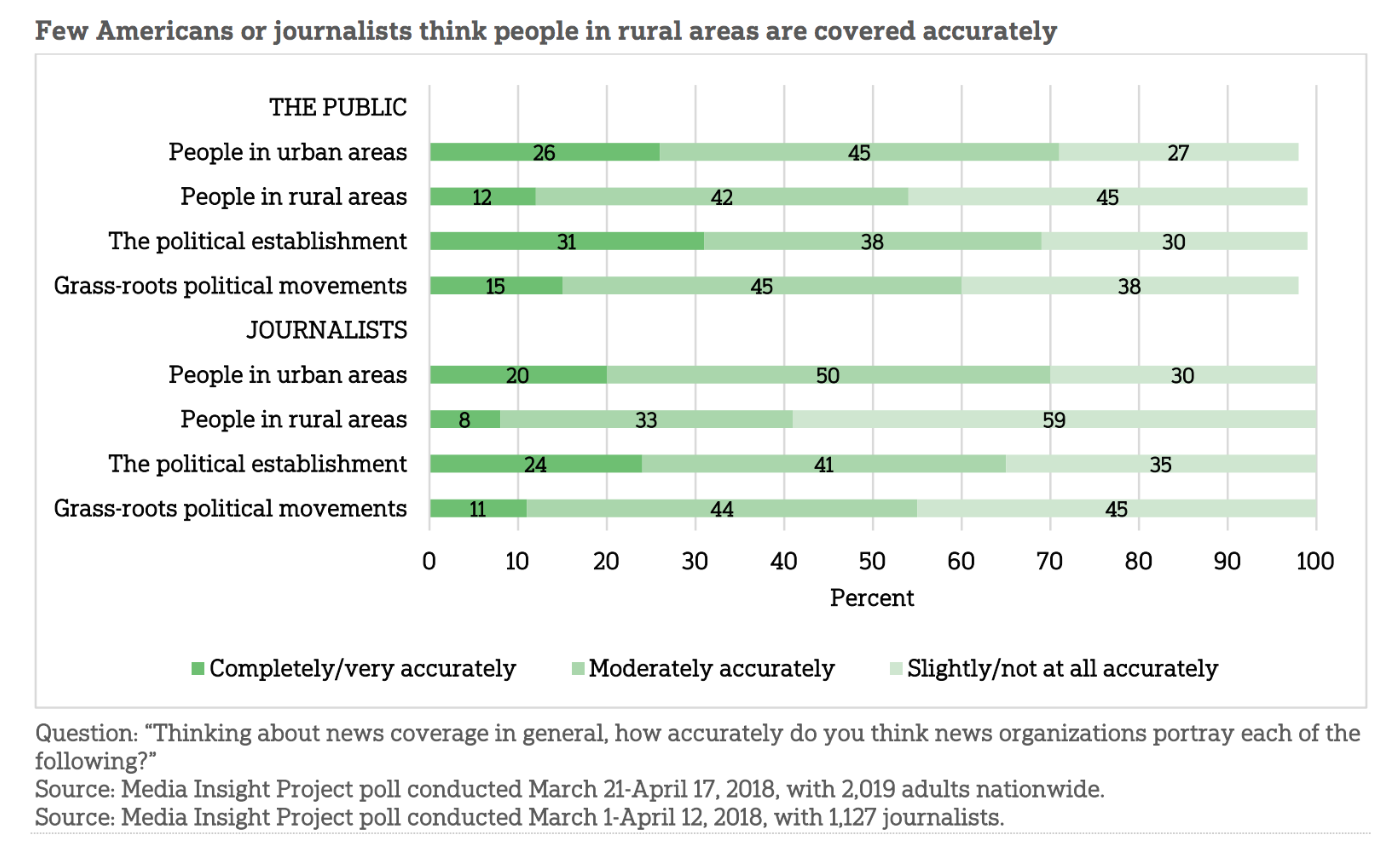 “And whites (58 percent) are more likely than blacks (42 percent) and Hispanics (46 percent) to say this is important. Finally, education is also a differentiator, with a divide between those with no college (48 percent) and college (66 percent).”