A new study from the Pew Research Center shows why the mainstream media would have pervasive anti-“flyover state” bias that ignores the values of conservative Americans from the South and Midwest: one in five U.S. newsroom employees live in New York, Los Angeles, or Washington, D.C.

“About one-in-five newsroom employees (22 percent) live in these three metro areas, which, by comparison, are home to 13 percent of all U.S. workers, according to a new Pew Research Center analysis of U.S. Census Bureau data covering the period from 2013 to 2017,” wrote Pew’s Elizabeth Grieco. “Long known as the media capital of the world, New York, at 12 percent, has the greatest share of all U.S. newsroom employees – those who work as reporters, editors, photographers and videographers in the newspaper, broadcasting and internet publishing industries. This is more than twice the share living in the Los Angeles and Washington, D.C., metro areas, which are each home to 5 percent of the nation’s newsroom employees.” 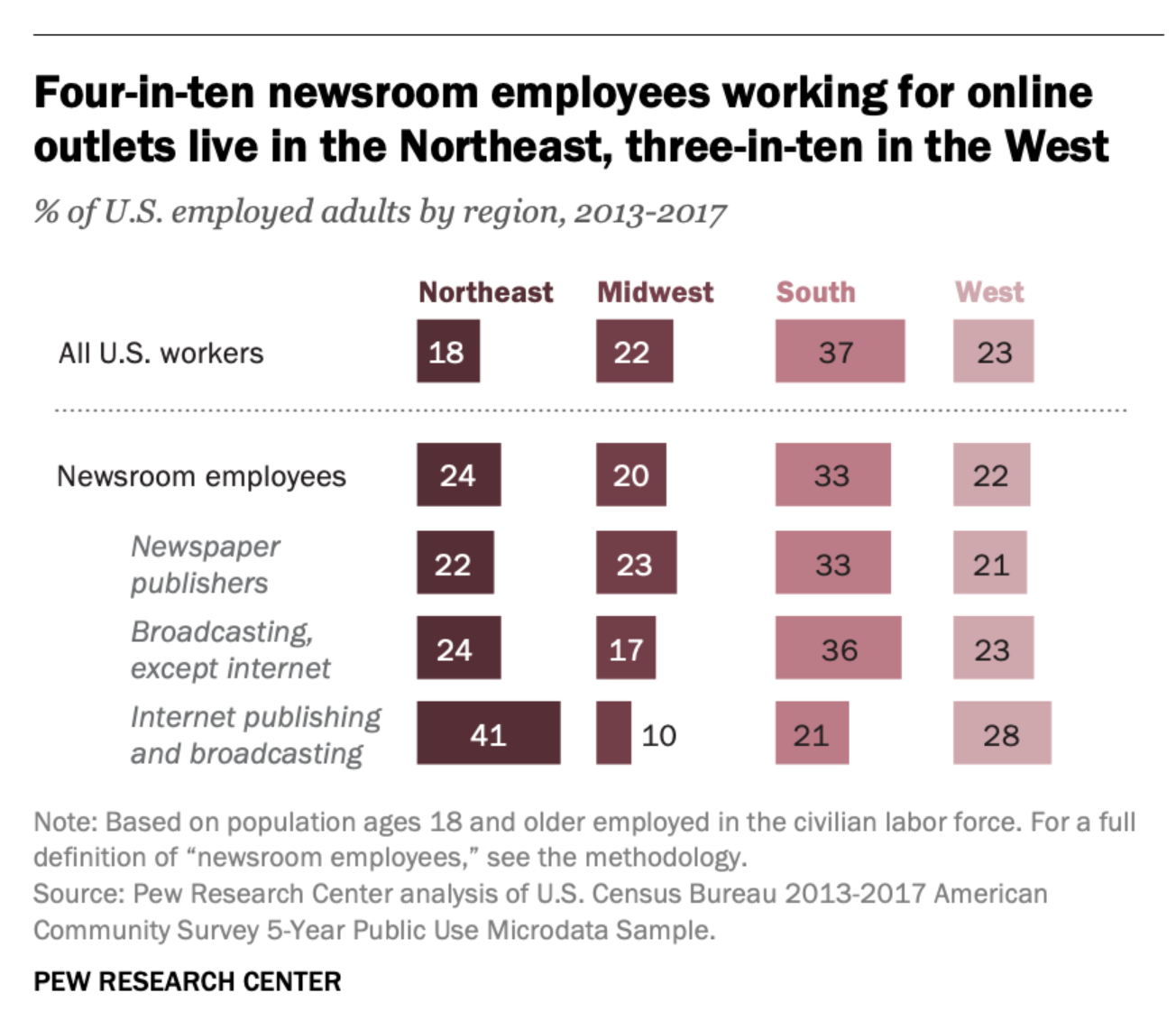