Major mainstream media companies, including ones that often harp on conservatives as being sexist and not empowering of women, are overwhelmingly dominated by male journalists, according to a new report by the Women’s Media Center. [1]

“Men continue to report and produce the majority of U.S. news, and the gap is particularly egregious at the news wires: 69 percent of AP and Reuters bylines go to men, ‘by far the biggest gender gap in news media,” reported Laura Hazard Owen of the Nieman Lab at Harvard University. [2]“And men continue to dominate both ‘hard news’ topics (international, politics, crime) and, uh, nearly every other topic as well (weather! social and justice issues! entertainment! religion! business!).

“‘The media is in a state of great disruption, but despite all the change, one thing remains the same: fewer women report the news than men,’ said Julie Burton [3], WMC president.”

Among the wire services, Hazard Owen reported, where men dominated more than other media outlet types, WMC looked at Reuters and AP, focusing on articles over 500 words. Its analysis included every article with an identifiable byline. At both services, women were less represented in the current study than in WMC’s previous study [4].

The New York Times, an outlet that often attacks conservatives for their treatment of women, was the worst among websites studied for publishing women’s online articles, Hazard Owen notes.
“Men got 67 percent of online bylines, women 33 percent. WMC also notes that at ‘The Washington Post, The New York Times, and [the] Los Angeles Times, the gender gaps were wider in their online editions than their print editions.’” 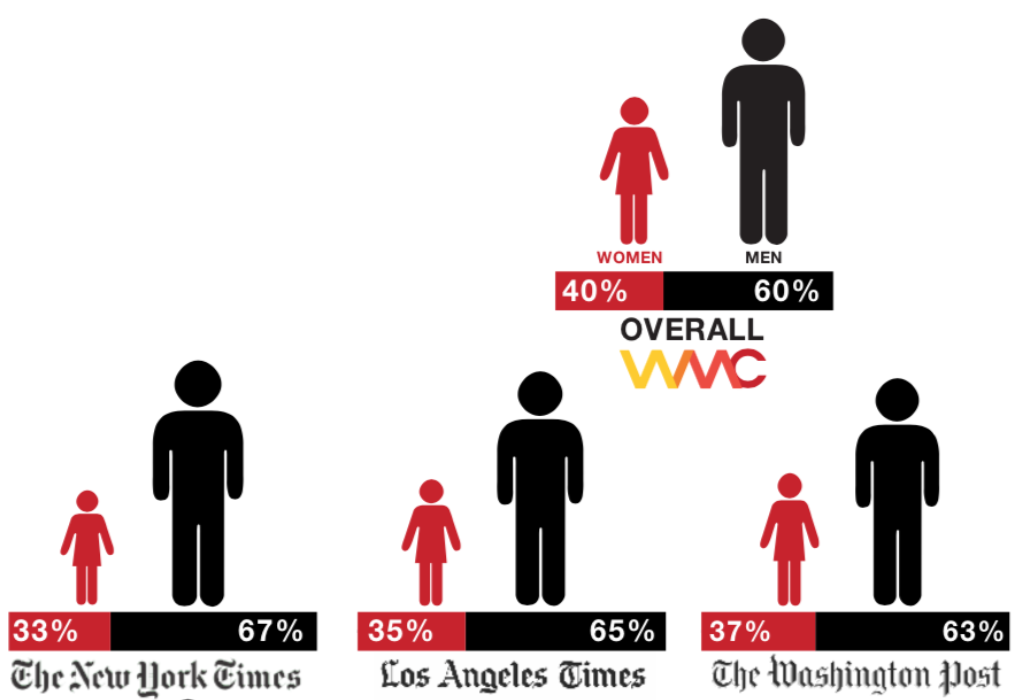