In its reporting on public sector workers, The New York Times left out important details about the taxpayer-funded workforce, including the fact that public pensions and other long-term compensation liabilities create a public fiscal crisis that threatens to crowd out other vital public needs (Illinois and New Jersey are particularly dire situations).

The reporting also fails to mention the conflict-ridden relationship between public sector unions and the politicians who are supposed to be protecting taxpayers.

In a story headlined, “Public Servants Are Losing Their Foothold in the Middle Class,” The Times spotlights government workers and without solid evidence to make the biased editorial claim: “Yet whether one views a diminished public sector as vital to economic growth or a threat to health and safety, it is undeniable that it has led to a significant decline in middle-class employment opportunities.”

Yet, as I reported for the Competitive Enterprise Institute, public sector workers are far more educated and over time they have grown more likely to be white-collar workers, so the argument that public sector jobs are being hollowed out rings hollow due to the fact that these workers are moving to an even higher class above the traditional unionized, blue-collar workforce.

The Times also highlighted “A report on 2017 state compensation in Oklahoma found that average salaries were 27 percent lower than for comparable jobs in the private sector.”

However,  the article doesn’t examine research from sources such as Boston College, which found that “compensation of state-local and private sector workers is roughly similar:

Similar findings were reported by the Congressional Budget Office for federal government workers, who receive higher compensation packages than private sector workers at all education levels except the rarified doctorates and professional degree holders. 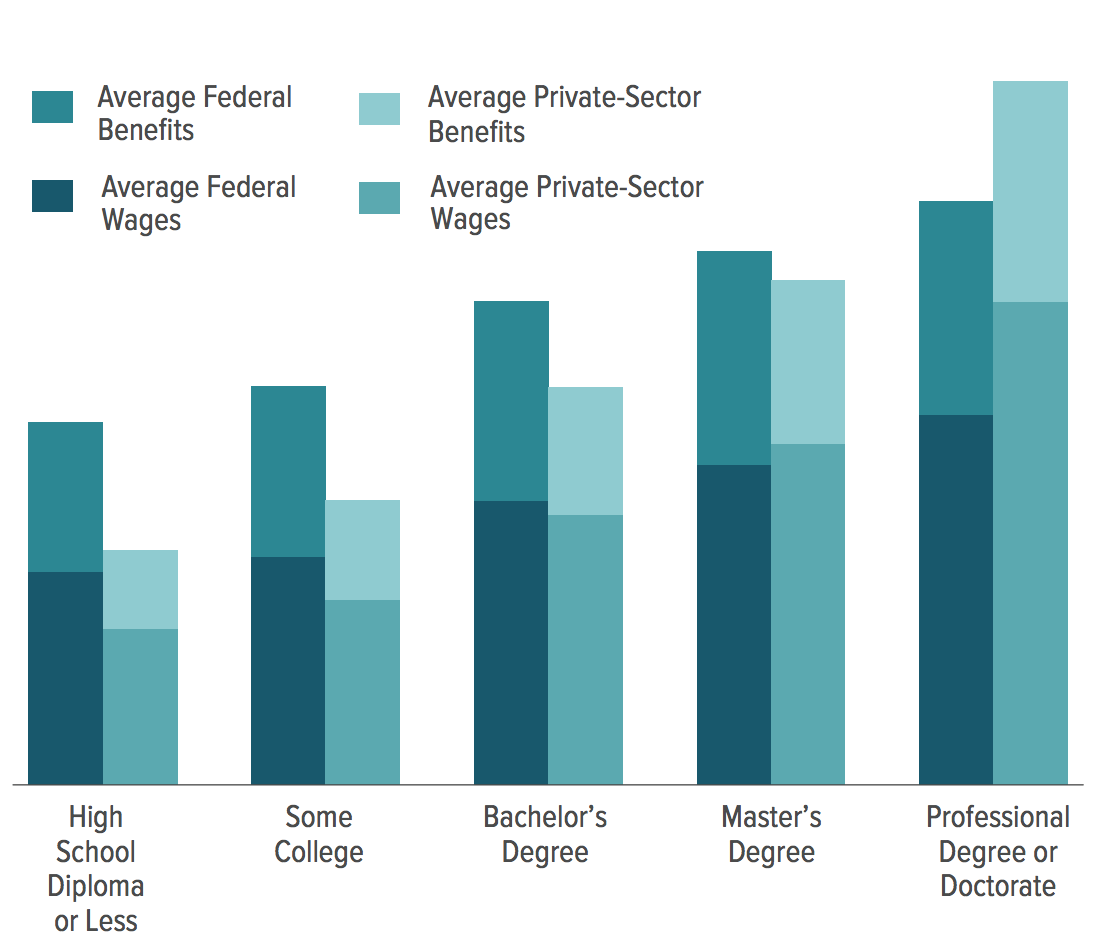 The Times also failed to acknowledge that government sector unions make campaign contributions to the very politicians whose staff sits on the other side of the bargaining table, which gives them significant leverage. And politicians can pay back the unions with higher wages funded by taxpayers. This creates an upward ratchet effect that makes government employee compensation point upward, not because of market pressures, but because of political dynamics.

“A Democratic president like FDR had good reason to be wary of unions in government. As the costs of paying salaries and benefits for government workers balloons, this means that without further taxation or public borrowing there is less money in state and local government budgets available to spend on public services like police and fire protection, road maintenance, public safety, and other priorities. For example, New York City now pays out more for retired than active police officers each year,” I wrote in the CEI piece.

“More broadly, states where citizens complain the loudest that their taxes are too high correlate almost perfectly with the states where public employee unions are strongest. That union strength, in turn, leads to government growth. The potential for that growth is virtually limitless. While political pressures impose a limit on how much government can extract from taxpayers, that check on government predation is largely focused in the present time. Pensions, by contrast, allow politicians to pay off their government union allies with promises of future compensation collected from future taxes.

“The situation is even worse than one of concentrated benefits and diffuse costs. Under public pension, taxpayers subsidize concentrated benefits and diffuse and deferred costs. This is troubling when considering current American demographics, which project continued shrinking labor force participation rates and worker-to-retiree ratios. This amounts to what Nobel laureate economist James M. Buchanan describes as ‘Taxation without representation’ upon future generations.”