When President Donald Trump suggested that people like Reps. Ilhan Omar (D-Minn.) and Rashida Tlaib (D-Mich.), who have made anti-American comments, are free to leave, CNN and MSNBC hurled the word “racist” at him more than 4,100 times in one week [1].

Far worse tweets from half of “The Squad” have been public for days, and the same supposedly morally superior media authorities have yet to call out the hypocrisy, further fanning the flames of racial division, even as President Trump said nothing about the women’s races.

And in 2015 Tlaib Tweeted  “[I swear] someone deport these unAmerican” [3] Americans:

During President Trump’s 2016 campaign season, Tlaib again for the deportation of an American with whom she disagrees [4]: 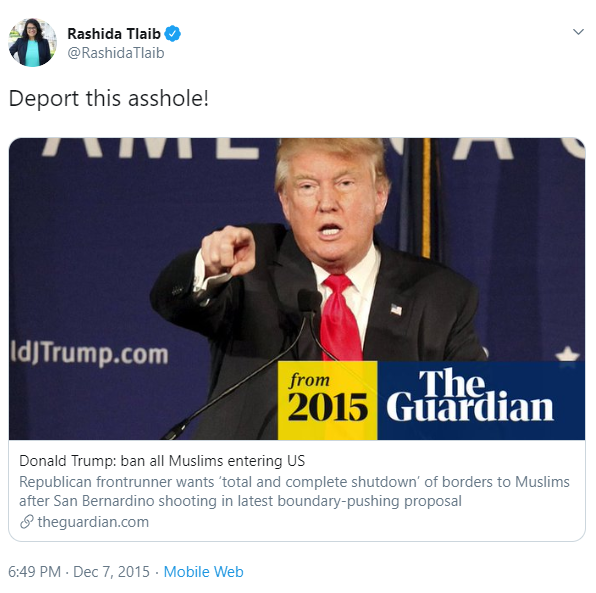